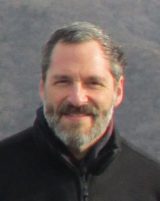 Since the mid 1990s, a significant amount of research and international regulatory efforts have been applied to develop test methods to identify endocrine-disrupting chemicals. But questions continue to be raised by some groups about the adequacy of these methods that have been validated by international consortia.

While scientific understanding and test methods have advanced, do current methods adequately address the complexities of endocrine systems for regulatory decisions? Do they provide adequate data to identify adverse effects due to early exposures such as during pregnancy or across generations? Are test methods adequate to determine potential effects on any hormone system in addition to female and male sex hormones and the thyroid system? The answer to all of these questions is yes, according to a new report by independent scientists commissioned by CropLife International.

For pesticide active ingredients, a significant amount of testing is undertaken both in early compound development and in regulatory guideline studies. Combined, this extensive testing suggests that the probability of missing an endocrine-related effect is low. However, CropLife International wanted to make sure the data support this conclusion. So it engaged a group of qualified scientists to review the validated test methods that are used for regulatory submission and decision-making by all regulatory authorities around the world.

The comprehensive review was initiated to determine the extent of coverage and adequacy of existing test guidelines to address endocrine-sensitive endpoints for human health protection. It was conducted by two endocrinology experts who were instrumental in the development of the United States Environmental Protection Agency’s (USEPA’s) Endocrine Disruptor Screening Program. They reviewed all assays and tests designed to inform regulatory risk assessments of whether a substance has the potential to perturb endocrine-related pathways resulting in adverse effects associated with human diseases or disorders. A total of 42 test guidelines, including USEPA-validated methods, OECD-harmonized guidelines and methods developed by the Japanese Ministry of Environment, were evaluated on their ability to identify endocrine- related adverse effects. The goal was to determine if these test methods, required for regulatory approval of pesticides, are adequate to identify adverse effects on any part of the endocrine system and changes in endocrine-related biology and hormone-related diseases as well as endocrine system-related disorders in humans.

The primary finding was that current, standard test methods are adequate to discern substances that may perturb the endocrine system, resulting in an adverse health effect. In fact, they have tremendous redundancy and overlap. Moreover, the collection of validated and routinely used guideline studies are capable of identifying endocrine-related adverse effects across all hormone systems and their association with hormone-related diseases and disorders in humans. Several studies evaluate exposures across three generations and include pregnancy, lactation, and early development through puberty. The number of available assays for each disease and disorder range from 15 to 34 and reflect significant redundancy across all endocrine-related disease pathways regardless of the hormone system.

Collectively, existing test methods are fully capable of detecting and characterizing potential adverse effects – whether directly due to interacting with the endocrine system, effects on hormone systems or from other non-endocrine effects. The many validated guideline studies capture endocrine-sensitive endpoints, including effects on developing nervous and immune systems.

Together, these test methods form the core data requirements of a typical food-use pesticide registration submission. The number and breadth of relevant assays are adequate in the coverage of endpoints, taxonomic groups, sensitive life stages and routes of exposure.  They provide enough data to ensure that a chemical’s ability to perturb the endocrine system and elicit an adverse response would not go undetected.