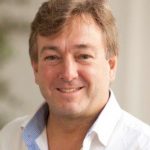 Once upon a time, “it all began in the environment.”  Changes in the sex ratio/masculinization of fish, amphibians and reptiles became associated with chemicals in the environment. Generally, these were industrial chemical leaks, such as the contamination of Lake Apopka, Florida, in 1980 with DDT-DDE and other toxic chemicals, which was linked to a range of reproductive abnormalities in female alligators. Then the late Theo Colborn’s book, “Our Stolen Future,” appeared in 1996 and public discussion of endocrine disruption was born.

European and U.S. regulatory authorities met for the first time to discuss endocrine-disrupting chemicals (EDCs) in Weybridge, UK, in 1996. A task force on endocrine disruptors testing and assessment was then established by the Organisation for Economic Co-operation and Development (OECD) to update existing and develop new test guidelines for EDCs. This evolved into the current OECD Conceptual Framework for Testing and Assessment of Endocrine Disrupters with five levels, beginning with existing data and building to in vivo multi-generation and extended one-generation vertebrate tests. Guidance document OECD 150 (2012) assists with the interpretation of the results and how to weigh the evidence for mode of action and adverse effects. In the United States, the Food Quality Protection Act and amendments to the Safe Drinking Water Act mandated the Environmental Protection Agency to screen for potential endocrine activity via the Endocrine Disruptor Screening Program (EDSP). Japan focused its attention on the environmental risk of EDCs in a program called “SPEED ‘98” (Strategic Programs on Environmental Endocrine Disruptors), which evolved into “EXTEND” (Extended Tasks on Endocrine Disruption), last updated in 2016. Also this year, a Chinese EDC screening program entered into force. It addresses human health only and adopts a similar two-tiered approach as the EDSP, using a smaller battery of test methods (close, but not identical, to selected OECD guidelines).

The approaches listed above all aim to evaluate extensive data sets on individual substances and arrive at some form of regulatory outcome. In most cases, this is driven by identifying and mitigating uses of substances that present ED concerns such that any risks are minimized or avoided. The goal is to offer protection from adverse effects to humans and the environment. To date, the EDSP and SPEED-EXTEND programs have not resulted in a total ban of any specific substance due to its ED properties. Weight of evidence reports on 52 pesticides in list 1 of the EDSP were released in 2015. Much effort has been invested in trying to develop high throughput screening methodologies and using sophisticated models to accelerate the process (since close to 10,000 chemicals are subject to screening!). Nevertheless, a thorough evaluation takes a long time and it’s rarely black and white.

The EU Community Strategy for Endocrine Disruptors, first published in 1999, led to chemical legislation over the following years whereby a substance with endocrine-disrupting properties could not be approved (a “cut-off” criterion). The approach in Europe (and Brazil) is that the only way to avoid the adverse effects of EDCs is a total ban on such substances, irrespective of any benefits they may bring to farmers and without considering risk mitigation or restricted uses except under exceptional circumstances. Long and contentious discussions to define scientific criteria for ED properties are drawing to a close in the EU with a proposal based upon the widely accepted World Health Organization’s International Programme on Chemical Safety (2002) definition: “An endocrine disruptor is an exogenous substance or mixture that alters function(s) of the endocrine system and consequently causes adverse health effects in an intact organism, or its progeny, or (sub) populations.”

The devil is in the detail here – to what extent will substances be banned due to their intrinsic hazard versus whether they pose any significant risk when used as directed? Chemicals such as caffeine, iodine and some vitamins have intrinsic properties that meet the WHO definition, but it would be ludicrous to ban them. How can we arrive at a credible, scientific and proportionate application of this definition for regulatory purposes without characterizing the hazard and assessing the risk?

At the 2015 International Conference on Chemicals Management (ICCM4), a resolution was passed to encourage information sharing so all countries could benefit from the work being done on a global scale without investing vast resources individually. A year later, the United Nations (UN) Environment Programme compiled a list of substances considered to have ED properties. Some NGOs hailed this as an official UN list of EDCs, which could then be used by regulatory authorities, manufacturers and others to effectively ban the use of the listed substances. Unfortunately, with the exception of REACH candidates, these lists were based upon selected scientific literature without examining the enormous data packages made available to regulatory authorities.

It takes years to fully evaluate data packages. Clearly, lists based upon literature screens are no substitute for thorough investigation. Unfortunately, they provide material for easy answers and maximum publicity through misuse as a blacklist.

Endocrine disruption is a serious issue and we must protect human health and the environment. There are many gaps in our knowledge and new guidance on testing procedures is being developed all the time. Nevertheless, the extensive data packages required for biocide and pesticide regulation around the world allow us to examine signs of adverse effects due to chemical exposure, irrespective of the underlying cause. We don’t know everything, but we do know a great deal. We should be applying those skills to focus regulatory efforts on minimizing any risks from exposure to EDCs, while ensuring that we can still make good use of the products that protect our crops from pests and diseases, and keep our living environment healthy and hygienic.

Andy Adams, Ph.D., is chair of the European Crop Protection Association’s Expert Group on Endocrine Disruptors. He is also issue lead for ED, Global Agricultural Policy and Stakeholder Affairs, at Bayer CropScience based in Lyon, France.