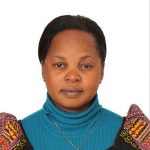 Africa, the second most populous continent, is home to 1.2 billion people, accounting for about 15 percent of the world population. About half of Africans are considered poor.[1] Their dependency on agriculture accounts for about 25 percent of gross domestic product and 60 percent of livelihoods.[2] This means that for Africa, agricultural development is critical for attaining food security, reducing poverty and spurring economic growth.

In recent years, African countries and international partners have devoted enormous resources to building strong agricultural systems to withstand climate change and other growing challenges, including drought, hunger, malnutrition, agricultural productivity gaps and vulnerability. One effort has been development of institutional, legal and regulatory frameworks upon which agricultural sub-sectors can flourish. This includes building capacity in regulatory science to ensure that new technologies can be used to positively and sustainably improve crop production.

Unfortunately, in recent times, the gains from capacity building may be eroded by politics slowly replacing science. Case in point is how the emerging issue of endocrine-disrupting chemicals (EDCs) has been a source of public debate and divergence.

Since 2013, the European Union has been working in earnest through its various arms, member states and consultations with stakeholders towards development of criteria to identify EDCs under Regulation 1107/2009. The recently revised criteria carry the World Health Organization (WTO) International Programme on Chemical Safety’s definition but excludes hazard characterization as well as proposed amendments to a derogation. Some WTO countries, including some in Africa, have expressed their concerns over the likely impact this proposal will have if implemented.

What impact would the proposed EU EDC criteria have on African agriculture and why should Africa be worried? African countries have set up regulatory frameworks in accordance with principles of regulation and best practices espoused in the International Code of Conduct on Pesticide Management published by the Food and Agriculture Organization and World Health Organization of the United Nations. Although legislation in a sizeable number of African countries is still work in progress, these countries have been guided to establish and enhance capacities for science-based regulation of crop protection products. Implementation of the proposed EDC criteria will disregard well established, science-based risk assessment procedures relevant to the intended use of products. If the EU adopts the proposed hazard cut-off criteria, they will be correspondingly adopted in Africa, which exports its agricultural commodities primarily to Europe.

However, adapting and/or complying with hazard-based decisions in order to safeguard this number one market will also result in many trade losses for Africa. A recent study places the potential loss at nearly €8 billion, affecting some of the leading export commodities such as coffee, cocoa, citrus fruits, legumes, apples and pears among others (Kyd Brenner, 2016). This will likely be due to the imposition of EU import tolerances on these and other agricultural exports.

A second likely impact is the reduction of would-be tools for agricultural production. Risk assessment puts a hazard in context with the situation(s) where it could occur, resulting in an understanding of the hazard’s significance and its consequences. Without risk assessment, hazard-based decision-making will result in unnecessary cancellations of EU crop protection product registrations, even those with lower risks. In turn, this may lead to similar actions by regulators in Africa and other developing regions, where registration requirements recognize the EU as a key reference.

A rapid assessment in four countries (Kenya, South Africa, Morocco and Egypt) based on the European Commission’s impact assessment[3] of 16 active ingredients highly likely to be captured by the EDC criteria shows that if this legislation passes, the already small crop protection toolbox in Africa will diminish further. The results show that in just four out of 54 African countries, over 1,000 registrations with the 16 active ingredients may be affected. This will impact over 50 crops[4] on which the products are used. Countries need to carry out a detailed assessment of the potential impact of the proposed EU EDC criteria on agriculture, trade and farmer livelihoods.

This potential to reduce an already small toolbox leads to a third challenge of potential influx and/or increased use of counterfeit crop protection products. Currently, there are indications of high levels of counterfeits in Africa, averaging between 15-20 percent and 40-80 percent in extreme situations.[5] To protect farmers from counterfeits filling the demand for crop protection products, alternatives – whether chemical or non-chemical – must be locally available at the right time in the right quantity, with proven effectiveness to cover the entire range of uses of the products they are to replace.

Regulating crop protection products on the basis of intrinsic properties alone will result in many negative impacts on agriculture, trade and public welfare as it places a risk to food security and farmer livelihoods. It is important that African countries account for the potential costs of this development. Equally, regulatory authorities and scientists should continue risk assessment of products to determine potential adverse effects on the endocrine system from environmental or dietary exposures and improve testing methods with all available science without undue political pressure. Let science be science and not political science!

Stella Simiyu is consulting director of regulatory affairs and stakeholder relations at CropLife Africa Middle East based in Nairobi, Kenya.

[3] European Food Safety Authority. 2013. Scientific opinion on the hazard assessment of endocrine disruptors: scientific criteria for identification of endocrine disruptors and appropriateness of existing test methods for assessing effects mediated by these substances on human health and the environment. ec.europa.eu/health/endocrine_disruptors/docs/2016_impact_assessment_en.pdf