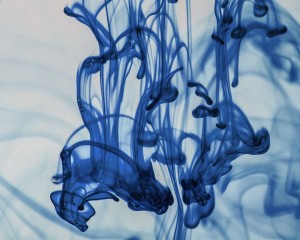 Mixture or “cocktail” effects refer those resulting from exposure to multiple chemicals, such as trace levels of crop protection products that may be present in food or the environment (“pesticide residues”). But exposure to multiple chemicals does not create unacceptable risk by default and risk management of individual substances addresses their safety in combination.

This principle applies to all possible areas of concern, including potential endocrine-disrupting effects. The cumulative risk assessments undertaken by regulatory authorities in the European Union (EU) and United States have consistently confirmed that exposure to mixtures of pesticide residues in food are not of concern to human or environmental health.[1],[2],[3]

The potential for combined exposure to multiple substances is not unique to endocrine disruption and equally applicable to substances with other modes of action. Initiatives to move this concept forward (e.g., those of the European Food Safety Authority’s Panel on Plant Protection Products and their Residues/PPR) have therefore taken place in a broader context and several scientific committees have provided expert opinions. For example, in its report “Toxicity and Assessment of Chemical Mixtures,” the European Commission’s Scientific Committees[4] concluded that:

These conclusions are consistent with those of the EFSA PPR Panel, which also published scientific opinions[7] related to cumulative risk assessment methodology for pesticide residues in food in the setting of maximum residue levels.[8] The PPR Panel is assessing combined exposure of several substances affecting a common target organ or system based on the concept of dose addition to predict the toxicological outcome.

It is not possible, nor feasible, to predict or test the multitude of mixtures that may arise in the environment. It is therefore essential to develop tools to prioritize the chemical combinations to be assessed and identify those of greatest importance. The crop protection industry is monitoring the EFSA initiative and will continue to provide expert input. The industry believes, however, that the existing risk assessment and management approaches, such as those in the EU and United States, provide sufficient protection from exposure to pesticide residues which may be present in food or the environment. High margins of safety[9] are provided in cases of potential additive toxicity from substances with similar modes of action or that affect the same target organ or system. Managing the risks from these substances individually (e.g., by continuing to ensure that individual pesticide residues are maintained well below their regulatory reference values) will, in almost all cases, also ensure that combinations of substances do not pose unacceptable risk for human health or the environment.

This has been confirmed by cumulative risk assessments undertaken by regulatory authorities in the EU and United States. These include assessments on organophosphate insecticides alone (in the U.S.) or together with carbamates (in the UK, Denmark and Netherlands); triazines, chloroacetanilides, carbamates and pyrethroids[10] alone (in the U.S.); and all compounds (in Denmark). The EFSA PPR Panel noted these activities in its scientific opinion and stated “no assessment of actual cumulative exposure … conducted so far has indicated any significant risks from exposure to multiple chemicals belonging to a common assessment group where the individual compounds presented no unacceptable risks.”

Similarly, following an extensive literature review, the European Centre for Ecotoxicology and Toxicology of Chemicals concluded in its Technical Report 115, “Effects of Chemical Co-exposures at Doses Relevant for Human Safety Assessments,”[9] that: “Based on our evaluation, there is no evidence that exposure to complex mixtures of components, each well-regulated according to established risk assessment approaches, would pose a health risk to humans.”

Further research studies on groups of crop protection products in relation to endocrine activity have also confirmed the above conclusions. These studies were undertaken by the Danish Environmental Protection Agency[11],[12] and European Chemical Industry Council.

Scientific evidence also shows that when several substances occur together in environmental mixtures, the toxicities of those mixtures are typically dominated by only one or a small number of compounds.[13] Even with a mixture of several crop protection products affecting the same target organ or system, the majority of substances might not contribute significantly to a given combination effect, either because exposure is very low and/or because potency in relation to the effect considered is weak. Instead, cumulative effects are typically driven by a few substances within the group. Therefore, continuing to control individual substances through the existing regulatory processes will also control the overall risk from such combined exposures.

[5] Dose-addition (similar action) occurs when chemicals in a mixture act in the same way, by the same mode of action and differ only in their potencies. The effect of exposure to a mixture of such compounds is equivalent to the effect of the sum of the doses of each component compound (corrected for their differing potencies).

[6] Response-addition (dissimilar action): occurs where the modes of action and possibly the sites of toxic effects (e.g.,of exposure to such a mixture are the combination of the effects of each component compound.

[7] European Food Safety Authority Panel on Plant Protection Products and their Residues. Scientific opinions: to evaluate the suitability of existing methodologies and, if appropriate, the identification of new approaches to assess cumulative and synergistic risks from pesticides to human health with a view to set MRLs for those pesticides in the frame of Regulation (EC) 396/2005.

[8] Regulation 396/2005 discusses the maximum residue levels of pesticides in or on food and feed of plant and animal origin. Regulation 1107/2009 concerns placing of plant protection products on the market.