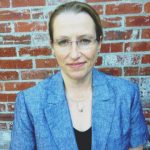 There has been a great deal of polarization between scientists, both in the research and regulatory arenas, regarding risk assessment of endocrine active substances. Some scientists and regulators support that risk assessment approaches are applicable to these substances and others propose there is too much uncertainty regarding them so they must be regulated on hazard alone. To try to reach a consensus on appropriate approaches for establishing environmental safety for endocrine active substances, the Society of Environmental Toxicology and Chemistry (SETAC) brought scientists together in a Pellston Workshop®.

SETAC Pellston Workshops® (named after the first workshop location) are fully funded, four- to five-day meetings with invited participants (usually 30-50). Both participation and sponsorship target a balance of government, business, academia and foundations. International representation is also a criterion for identifying workshop participants. The workshop entitled “Environmental Hazard and Risk Assessment Approaches for Endocrine-Active Substances” brought together 48 global experts, balanced regarding work sector, from nine countries for five days in February 2016 in Pensacola, Fla. The primary objective was to provide science-based recommendations for regulators and policymakers regarding hazard- or risk-based approaches for establishing environmental safety for endocrine active substances.

The workshop organizers envisioned a discussion on the issues rooted in real data. To that end, six data-rich substances were selected with differing modes of endocrine activity: 17β-trenbolone, 17α-ethinylestradiol, perchlorate, propiconazole, tributyltin and vinclozolin. Case study groups were formed to work through the vast data and identify appropriate methods for establishing environmental safety. Case study work began at least six months prior to the workshop. However, it quickly became apparent that groups were wrangling with similar problematic themes. These cross-cutting issues became the focus of papers that resulted from the workshop: assigning endocrine-specific modes of action, uncertainties in biological responses, available test methodology and population-level effects. Each case study group brought work on their case study chemical plus perspectives on the cross-cutting issues to the workshop in February.

At the end of the workshop, the consensus was that if environmental exposure, effects on relevant taxa and life stages, and delayed effects and dose or concentration relationships are adequately characterized, then conducting an environmental risk assessment of an endocrine active substance is scientifically sound. Many of these issues are equally important for a sound risk assessment of chemicals that do not act via the endocrine system. In addition, the workshop recommended an approach for the evaluation of indicative (endocrine-specific and non-endocrine-specific) and apical endpoints to help assign an endocrine mode of action to a particular effect.

The workshop resulted in a number of presentations and publications. Presentations were given at the 2016 SETAC meetings in Europe and North America. A special series of publications in the SETAC journal, Integrated Environmental Assessment and Management, appeared in early 2017 with the following titles:

An additional paper entitled “Evaluating the Credibility of Histopathology Data in Environmental Endocrine Toxicity Studies” was published in Environmental Toxicology and Chemistry.  Two further publications on the compounds tributyltin and trenbolone will be based on data analysis performed for the case studies.

Although this workshop was focused on environmental protection, there are many themes that may also be applicable to the human health side of endocrine disruptor debate. Those interested in endocrine science and regulation, regardless of whether focused on environmental or human safety, are encouraged to browse the papers and see how 48 scientists spent a week at the beach.