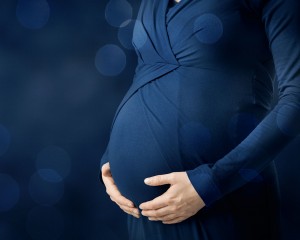 Populations of greatest concern for exposures to potential endocrine disruptors are pregnant women and their children (embryos, fetuses and newborns). Sensitive windows of exposure are at conception, during pregnancy, in utero, throughout early life stages (neonatal and juvenile) and during pubertal development and adolescence.

These sensitive exposure times and vulnerable populations apply to all potential areas of concern for human health but they are often associated with potential endocrine disruptors. They are taken into account by all mandatory toxicological and ecotoxicological testing for crop protection products. These tests look for any adverse health effects, including those involving the endocrine system.

For human health, at least three studies are required to assess adverse effects of crop protection products that may occur due to exposure during sensitive periods:[1] the rodent two-generation reproduction toxicology study and rodent and rabbit prenatal, developmental toxicity studies (described below). For environmental species, relevant ecotoxicological tests either address this directly by exposing all life stages (rat multi-generation reproduction studies, fish full lifecycle or invertebrate lifecycle studies) or use known sensitive life stages that are predictive of effects on the whole lifecycle.

In this multigenerational study, young, sexually mature animals (usually rats) are exposed for 10 weeks and mated. Once offspring are born, they are monitored until sexually mature. The cycle is repeated with offspring exposed and mated to produce another generation. Exposure is continuous throughout and as a result, covers the following sensitive biological processes and life stages:

Exposure includes high-dose levels – many orders of magnitude greater than actual human exposure levels. An additional feature of the study design is that the very young offspring receive exposures several fold greater than the parents, so particular emphasis and attention is paid to one of the most vulnerable life stages. Extensive assessments are made in these studies of the normal behavior, sexual performance, morphology and development of several generations of animals.

In these studies, pregnant animals are exposed to high doses of pesticide active substances throughout pregnancy, after which exhaustive evaluations of in utero fetal development are conducted. These studies are conducted in two separate species, typically the rat and rabbit.

These two-generation, reproduction and prenatal developmental toxicity studies are considered a comprehensive evaluation for any potential effects during sensitive windows of exposure. Furthermore, the endpoints and biological processes (e.g., mating, implantation, pregnancy and neonatal development) evaluated in these studies are under extensive hormonal regulation, i.e., well suited to detect adverse effects resulting from interaction with the endocrine system.

There is a call by some for the introduction of a new test guideline in which animals are exposed throughout sensitive windows of exposure (including in utero) and then either further exposed until old age or simply monitored into old age without additional exposure.[4] However, the current testing regime detects reproductive, carcinogenic and ED effects and therefore, addresses all relevant adverse effect “types.” Furthermore, there is no evidence that the inclusion of in utero to old age studies would identify lower, more health protective levels for regulatory risk assessment.[5],[6] Therefore, from both hazard classification and risk assessment perspectives, the current testing paradigm for crop protection products is appropriate.

These groups generally include pregnant or nursing women, the very young and very old. Concerns over early life stage sensitivity are well covered by the current regulatory testing paradigm. Effects in aging and old animals are also comprehensively assessed in chronic toxicity and carcinogenicity studies in rats and mice.

The U.S. Agency for Toxic Substances and Disease Registry of the U.S. Department of Health and Human Services lists general points on why these vulnerable groups may be more sensitive to chemical exposures.[7] These points and how they are addressed by current regulatory tests are summarized as follows:

An extra level of protection is also provided for such groups during risk assessments. An assumption is made that populations will contain vulnerable, sensitive subpopulations so an additional 10-fold (intra-species variability) safety factor is applied to ensure these groups are adequately protected. This is in addition to the 10-fold (inter-species variability) safety factor applied when extrapolating results from animal toxicity studies to humans. Therefore, in total, a 100-fold safety factor is typically applied in risk assessments.

In the United States, there is a more stringent safety standard for most crop protection products, particularly regarding the susceptibility of children. In addition to the safety factors described above, pesticide tolerance decisions utilize an additional 10-fold safety factor, as appropriate, in setting and reassessing tolerances.

For the environment (wildlife species), the protection goal is at the population, not individual, level. Therefore, adverse effects of any type are considered indicative of population-specific responses, namely growth, development and reproduction. All relevant ecotoxicological tests either address this directly by exposing all life stages (rat multi-generation, fish full lifecycle[8] or invertebrate lifecycle studies) or use known sensitive life stages that are predictive of effects on the whole lifecycle. Importantly, the highest tier ecotoxicological tests are all single or multi-generational in design so they consider all life stages by default.

In summary, the current regulatory testing and safety assessment of pesticide active substances addresses the potential for adverse effects from exposures during sensitive windows of exposure and to vulnerable groups. This applies to the detection all adverse health effects, including those involving the endocrine system.

[1] Sensitive windows of exposure: at conception and during fetal growth and development, pregnancy/in utero, development and growth throughout early life stages (neonatal and juvenile), and pubertal development and adolescence until early adulthood.