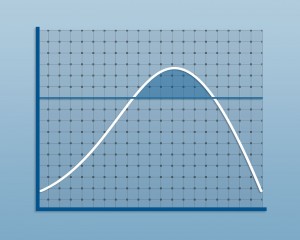 A threshold is an exposure level (dose) above which adverse effects are observed in toxicological or ecotoxicological studies and below which adverse effects are not expected to occur. Any changes observed below a threshold are generally considered non-adverse or even adaptive responses and for environmental species, they are not deemed relevant at the population level.

The existence of thresholds is a cornerstone of toxicology and ecotoxicology. Examples for humans are many, such as the relationship between ineffective and effective doses for pharmaceuticals. Similarly, sufficiently large doses of alcohol can lead to acute (intoxication) and chronic effects (liver disease) whereas consumption in moderation usually does not pose a concern.

For crop protection products, thresholds for adverse effects (of adversity) exist and should be used for risk assessment. Existing test methods allow for the determination of such thresholds for these products. Strong consensus, based on new scientific evidence would be needed before moving away from thresholds for regulatory purposes.

Nonetheless, there is significant debate over the existence of thresholds and the ability to determine them for endocrine disruptors. The debate has focused on the tenet of toxicology “the dose makes the poison.”[1] Some in the endocrine research community believe this principle does not apply to the endocrine system and that thresholds may not exist for the effects of endocrine disruptors. These views however, are not supported by the weight of scientific evidence. They conflict with decades of experience and repeatable observations in exposure-response relationships in pharmacology and toxicology and with the principles of homeostasis (maintenance of the body’s internal environment).[2]

In current regulatory practice involving toxicology, a non-threshold approach is reserved only for certain forms of mutagenicity and genotoxic carcinogenicity; all other endpoints (measurable adverse effects) use a threshold approach. The non-threshold or linear dose-response approach for genotoxicity derives from the theory that even a single molecule of a genotoxic agent could produce a mutation in DNA, leading to adverse consequences.

In contrast, endocrine disruption results from the interaction of a chemical with receptors, enzymes or other co-factors in a cell. Inactivation/activation of a single target by one chemical molecule is inconsequential as a minimum degree of interaction with the critical sites must be reached to elicit an effect; this minimum level constitutes a biological threshold. The amount of a chemical then needs to reach an even higher level to be able to counteract homeostatic mechanisms and other repair processes before an adverse effect will occur; this higher level is a threshold of adversity. Mechanistic and biological considerations therefore support that thresholds of adversity exist for endocrine disruptors and are the rule, rather than the exception.[3] It is inconceivable that a single molecule of any substance can, by itself, lead to adverse effects in an organism or for ecotoxicological considerations, in a population.[4]

Thresholds of adversity are set by experimentation.[5] For any effect, including those occurring as a consequence of endocrine disruption, the “experimental” threshold in a specified species can be observed, i.e., the highest dose or concentration at which no adverse effects are observed within the confines of the study performed. The focus of regulatory risk assessment is therefore centered around these experimental or practical thresholds.[6]

The following points have been inappropriately used to argue for adopting a non-threshold regulatory approach for endocrine disruptors and for presuming some degree of risk at any dose. The counter-arguments to each presumptive statement (italics), based on the weight of existing scientific evidence, are:

This argument does not rule out the existence of a threshold of adversity.[7] One single molecule adding to an already active process (e.g., hormone receptor antagonism) cannot turn by itself the normal physiological response of that process into an adverse effect.

This viewpoint is not supported by decades of observations and safety testing of toxicants in developing species. Although the endocrine system in the embryo/foetus is not fully functional and cannot ensure the homeostatic control of many vital processes to the same degree as adults, there are other homeostatic and repair mechanisms operating at the cellular level. In addition, there are hormonal homeostatic mechanisms operating in the maternal organism, which can counteract initial perturbation induced by a chemical before delivery to the embryo or fetus. A minimum level of interaction of a chemical with critical targets of the developing organism is therefore required to cause a toxicologically relevant effect. This critical level of interaction (threshold of adversity) might be lower in the developing organism than in the adult and the nature of the effect might be different (severe, permanent damage in the foetus versus a less severe effect in the adult), but a threshold of adversity must still exist.

Overall, there is nothing unique about endocrine disruption compared with other non-genotoxic forms of toxicity to justify adopting a non-threshold approach. Biological and mechanistic considerations support thresholds of adversity, which are the rule for all endpoints, including those arising from endocrine disruption. The presence of homeostatic and defence mechanisms mean that a minimum degree of interaction between a chemical and critical sites must be reached to produce a toxicologically relevant effect. Below this critical level of interaction (threshold of adversity), homeostatic mechanisms would be able to counteract perturbation from exposure to a chemical and no structural or functional changes would be observed.[8] Therefore, current toxicological and ecotoxicological test methods for crop protection products allow for the determination of thresholds of adversity and for the establishment of regulatory reference values (safety limits) used for risk assessment.

[1] Paracelsus. 1567. “All substances are poisons; there is none which is not a poison. The right dose differentiates a poison from a remedy” (i.e., the dose makes the poison and the higher the dose or exposure concentration, the greater the effect).